Giving back along the track

In February 2019, Steven Ward, Alistair McInnes and David Howell travelled to Papua New Guinea to roll out our first aid training package. The package is designed to enable practical first aid classes to those who would otherwise not have the opportunity. The trip also enabled the SAFAA members to raise the profile of our organization in PNG.

On arrival in PNG with senior customs and reserve police member, Brian Lillywhite. Brian detailed the requirements for importing large quantities of medical supplies. We exchanged business cards and Brian said to call if we ever have any difficulties. Alistair worked with Brian some ten years ago.

Continuing our networking we met several ex-pats in government and private enterprise whilst staying at the Grand Papua Hotel. Between 5:30-6:30pm each evening selected hotel residents can use the executive lounge for ‘happy hour’. In PNG amongst the ex-pat community this is where most of the networking is done.

After our brief stay in Port Moresby we flew to Popondetta on the north coast of Papua in the Oro Province. On arrival we hired a Toyota Land Cruiser and made our way to the first village Sanananda. David Howell has a long association with the people of Sanananda including building war memorials, the guest house and providing solar lighting.

As we drove to Sanananda village we crossed paths with the village Chief Newman who was in the back of a Landcruiser going in and out of a coma. Newman was on his way to the Popondetta General Hospital. Sadly, later that evening he would pass away. Believed to be from untreated diabetes.

Newman was a man who cared very much for his community and helped to build sustainable village creating income to many of the people of Sanananda. He is a sad loss for not only his people but for the country of PNG. He was 64 years of age.

The purpose of our visit to Sanananda was to speak with the local people and to collect two young men who would attend the first aid training in Kokoda. After great hospitality at Sanananda we made our way to Kokoda some 100km south. On route we stopped back at Popondetta town to take on supplies this is where we also learnt of the death of Newman.

Arriving at Kokoda we got straight into the registration of students, with over 27 people attending. The next two days we rolled out our first aid training package. The package enabled participants to gain such skills as the treatment of bites, cuts, burns, fractures and an abridged CPR component. The students were divided into three groups and three instructors ran3 different bull rings each running for approximately 40 mins.

The students were very receptive and where eager to learn. Many of them had not had the opportunity to go to high school and their literacy skills where very low. Nonetheless they all were attentive and demonstrate at the end of the two-day course a high degree of competency. Each were awarded a certificate of participation and more importantly a SAFFA first aid kit which they could use back in the village. In 2020 when we return, it is hoped that we will training a similar group of people along with replenishing the first aid supplies into the kits of the graduating students.

We are very much looking forward to rolling out a similar program in 2020 and empowering the descendants of the Fuzzy Wuzzy Angels the knowledge to be able to provide first aid in their villages. 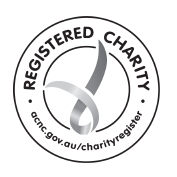